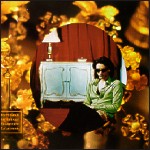 During the US league of the Fire Garden world tour, Andrián Pertout spoke with guitar hero Steve Vai in Rhode Island, New York.

Counting his work with other artists, Steve Vais worldwide sales currently total 10.8 million, and as a solo artist total 2.7 million.  He has played with the likes of Frank Zappa, Alcatrazz, PIL (Public Image Limited), David Lee Roth, Whitesnake, Alice Cooper and Ozzie Osbourne.  In 1994 he won the Grammy for Best Rock Instrumental Performance, and Guitar Player Magazine has awarded him Best Rock Guitarist more than seven times.  On the concluding chapter of the US league of the Fire Garden world tour, Steve Vai prepares his senses for an Australian invasion in February.  He will be performing tracks from his latest album Fire Garden, which amazingly packs 74 minutes of music onto one CD, and is produced, arranged and engineered by Steve himself.  Phase I is mostly all instrumental music, whereas Phase II is mostly all vocal selections, with Steve Vai temporarily divorcing his beloved guitar to also vocalize his tunes.

Tell me about your recent brush with death while en-route to Oklahoma City.

SV: "Oh, did you hear about that?

Yeah!  How did the fire start?

SV: "I dont know, it was in the generator.  Have you ever seen a tour bus, an American tour bus?

No, I havent actually.

SV: "Theyre absolutely beautiful, theyre plush, they cost four hundred thousand American dollars!  And the front lounge is really beautiful, and its got a big television with VCRs, and video machines, and a CD player.  Everything, stereos, and refrigerators, bathrooms.  Then its got ten bunks that we all sleep in, and a beautiful back lounge with TVs and everything.  And the generator is underneath the bunks, under the bus, and we pulled over, everybody was sleeping, and I smelled something burning.  I got out of my bunk, and I looked out the window, and there was smoke going out of the trap door.  I woke everybody up, we got off the bus, and we just couldnt get back on it!  And the fire extinguishers we had were like pissing on a barn, you know.

Its amazing no one was seriously injured.  Did the flames destroy much of your equipment and personal belongings?

SV: "Yeah, as a matter of fact, we didnt grab anything, which is really silly.  When something is on fire like that, you just get out!  All my stuff was in the back lounge, which was heavily, heavily smoke damaged, burnt.  Well, it was melted.  The bunks were burnt, they were charred to nothing.  We lost really annoying things, like passports, and visa cards, and work visas, and you know, video machines, and cameras, and film.  And I lost a lot of clothes, very expensive stage clothes and stuff, and a couple of the guys lost their guitars.  My guitars survived amazingly.  But yeah, it was quite an experience!  We got it all on film, we video taped it.  We video taped the bus burning, and theres big flames reaching to the heavens and stuff.  And my record company, Sony, or Epic sent it to MTV, to get some press out of it at least, or something.  And they refused to show it, because they thought that Id staged the whole thing, because the name of my record is Fire Garden, and they thought that I burnt down my bus, to get on that crummy station!  Oh, boy.

SV: "Im thirty six years old, I havent got time for that shit!

How have US audiences received your latest music?  Have you been performing the 9:56 four-part piece Fire Garden Suite?

SV: "As much as I want to, we havent, because we never had time to rehearse it properly.  It would take like three or four solid days to rehearse it properly.  And you know, we wanted to, but we just didnt have time, because right before the G3 tour (the Fire Garden tour began in the US with a six week partnership with Joe Satriani and Eric Johnson) we had an orchestra show, that took a lot of time to do, and to prepare for.  And then the G3 tour was basically a forty five minute set, and then we had like a week off to bump the show up to an hour and half or two hours, which is what it is, but Id like to.

Tell me about the musicians.  Who is in your current lineup?

SV: "On drums I have Mike Mangini, he was with Extreme, a really great drummer, and real passionate, hes on the Fire Garden Suite.  On bass I have Philip Bynoe, which is a friend of mine from Boston, and hes great, hes got real good tone.  And Mike Keneally, whos playing guitar and keyboards, he was with the Frank Zappa Band.  He has a solo career, and hes just an incredible musician.  Ive got really great players.

Where will this world tour be taking you?

SV: "Were going all over.  As a matter of fact, we finish up in America here, basically around Christmas, which is in a week.  And then we take a few weeks off, and then we go to Asia, and we do a show in Korea, Taiwan, Taipei, Bangkok and Japan.  We do five shows in Japan, and then we go to Kuala Lumpur and Singapore.  Then from Singapore we go to Australia, and we do all the Australian shows, and then I think we have a show in New Zealand.  After New Zealand, we fly to LA, and we take about three days off, and then we go to Europe for ten weeks or so, or however long I can possibly tour there.  We play in some very odd places over there.  Were going to be going to like a lot of the communist countries over there, like Hungary, all the Yugoslavian stuff.  Yeah, theres offers coming in for all those places.  And then we go to South America, and then Canada, first Mexico and then Canada, and then we go to Russia.  I went to Russia twice last year, and they asked us back again.

After the publishing of my last interview, certain Mixdown readers told me how I overlooked to mention your celebrated guitar work with John Lydon and Public Image.  How do you reflect on that experience these days?

SV: "Oh, it was amazing, it was just amazing, because he has Hello.

SV: "Are you getting that crackle?

SV: "Do you have my phone number?

No, Ill take it though.

SV: "Im still waiting for it to go away, let me try hanging up my phone here, no.  Hello, thats better.

SV: "It must have been the ocean (chuckles).  Well you know, that was a real great experience for me, because it only took a couple of days, and it was real free ad-libby stuff, but it turned out to sound pretty structured.  And hes just a wild guy, hes really a bizarre kind of a character.  He had this great habit, no matter where he was, he could be in a restaurant, in an elevator, in the street, he would blow snot out of his nose!  Yeah.

Great, what can I say.  Tell me about the Steve Vai Ibanez signature series.  What is the JEM 10th Anniversary model?

SV: "Oh man, about ten or eleven years ago I was looking for a company to make me the guitar that I thought was perfect for me, and every company was interested in doing it, cause I was really hot.  But it turned out that Ibanez made the best one.  I mean, they made it in like record time, and it was perfect to all my specifications.  And they were the most artist friendly, they were willing to do anything to help me with my guitars.  So we made the JEM, which is built around a lot of idiosyncrasies of my playing.  Its got a pickup configuration like no other guitar, or at least it did at the time.  I mean, from then a lot of guitars kind of copied it.  It has a five position switch, it has a cutaway, so you can reach up and play high, and it has twenty four frets.  It has handle on it, and you can pull up on the wammy bar, very interesting guitar.  And ten years after the fact, its still a very strong seller, and a very identifiable instrument.  So Ibanez issued a 10th anniversary guitar, and its the most stunning looking guitar that Ive ever seen in my life!  Have you ever seen it?  Its so beautiful, if you get a chance, check it out, youve gotta see it!  I think the ocean is coming in again (chuckles).

Last time we spoke you mentioned working on a compilation of your film music.  How has that project evolved?

SV: "Thats going really good, as a matter of fact, thats what Im working over the Christmas break.  Im getting that together, along with some other titles that Ive had, like Flex-Able, and Flex-Able Leftovers, which was an EP that I released after Flex-Able.  Im just adding a couple of songs from that period, and Im licensing the Alcatrazz record, so Ill have those four records.  And That will be put out on my label, but Im gonna push the cues record.  Its an independent release thing, but my fans that like what I do, will really like, cause its got everything from Crossroads to PCU, theres great guitar playing, and theres some real thick, rich melodies and stuff.

Is there anything you would like to say to your upcoming Australian audiences that read this interview?  What is the essence of Steve Vai today?

SV: "Well, Im really sorry that its taken me so long to get back there, and Im really looking forward to it.  I noticed when I was in Australia last time, that the people there were probably the nicest people in the whole world.  Theyre really tolerant of tourists and stuff.  But what I would is that, mainly what Im trying to be or what I hope to be, is a good entertainer.  And the show, you know, Ive always like theatrics, and Ive always liked the musicianship.  So I try to mix the two together, and I try to bring the audience something really interesting to watch, and something to feel.  You know, to feel stimulated musically, and also visually, and I really hope that they get a kick out of it, cause thats what Im there for.

That concludes my questions.  Is there anything that Ive missed on that you would like to add at this point?

SV: "You pretty much nailed it! (chuckles)

For more information take a cyber tour on the Steve Vai web site, where you can download audio and video clips.