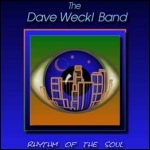 Rhythm of the Soul

Andrián Pertout speaks with Dave Weckl from Los Angeles about his illustrious career, the art of drumming, and his new album 'Rhythm of the Soul'.

Dave Weckl was born in St Louis, Missouri, USA, and at eight years old his passion for rhythm ignited a flame that would in time become the inspirational force for many would-be-drummers around the globe.  By his sixteenth birthday he was already a working professional musician, and soon thereafter relocated his burning ambitions to the East Coast to study music at the University of Bridgeport in Connecticut.  One of the major turning points in his career came in 1983, and with the popular appeal that the Simon and Garfunkel reunion tour created for his talent, although it was the following seven-year association with Chick Coreas Elektric and Akoustic Bands that sealed his reputation as one of the most respected jazz drummers in the world today.  Still in his thirties, Dave has been voted Best Electric Jazz Drummer of the Year five years in a row by the readers of Modern Drummer magazine in the US, and has accumulated an impressive list of recording credits that include albums with George Benson, Randy Brecker & Eliane Elias, Michel Camilo, Chick Corea, Madonna, Tania Maria, Robbie Nevil, Robert Plant, Diana Ross, Mike Stern, Arturo Sandoval, Natalie Cole, Dave Grusin and Jimmy Earl.  As well as doing the session rounds in the LA area, Dave tours and records with a variety of artists, and conducts seminars and classes internationally.  Rhythm of the Soul represents his fourth release under the Dave Weckl flagship, and was produced in association with keyboard-player and long-time friend Jay Oliver.

How did your passion for rhythm come about?

DW: "Not sure I have an answer for that one.  I just remember music always being present in the house as I was growing up, my dad playing the piano for fun, and my mum's love for music in general.  I was just attracted to music, not necessarily rhythm only.  As I played drums for a while, my passion then grew more towards rhythm and drums in particular."

What was you first major 'break' in your career as a musician?

DW: "I was twenty-two and after moving to and playing in and around New York City for three years or so, Peter Erskine saw me play one night and recommended me for the gig with 'French Toast', a band that later evolved into the Michel Camilo Group.  The bassist was Anthony Jackson, with whom I developed a close relationship, and he subsequently started to recommend me for everything he could."

After having worked in the studio with prominent artists ranging from Chick Corea to Madonna, do you have any memorable experiences or insights that you are willing to share with us?

DW: "Every experience in the studio has usually been a gratifying one, although with almost one hundred records recorded thus far in my career, not all are memorable!  Of course all the dates with Chick, and special dates, like sessions with Robert Plant, Natalie Cole, and most recently Dave Grusin's CD (Presents West Side Story) and my latest effort (Rhythm of the Soul) are foremost in my memory at the moment.

Tell me about your involvement with Latin music and its related genres.  What is your background in this area?

DW: "Back in the early 80s, in New York I became involved with Michel Camilo, a piano player from the Dominican Republic, who was very much into writing music from the Caribbean and other Latin cultures.  He was very well versed in the styles, and in fact was a percussionist before he played piano, so knew all the percussion parts in a lot of the grooves.  He taught me a lot of the parts, and then I came up with my own variations, applied to the drum set in a contemporary setting.  I did as much listening as possible to some authentic music from the cultures of the different styles, to help get the feel as close as possible to being right.  And playing with different percussionists and with Michel's group was really my main involvement for this style.  Later I took a lesson with Cuban great 'Changuito' and also spent a lot of time with Walfredo Reyes Senior who helped to clarify some of the questions I had about Cuban music.

You are scheduled to reappear at 'The Ultimate Drummer's Day Weekend & Expo' in June this year.  How do you rate this event in comparison to similar events from around the world?

DW: "Frank Corniola has managed to create one of the best organized and interesting shows of this calibre anywhere on the planet.  From the time I participated in what could be called a preliminary event to the start of the UDD (a clinic at his house some ten years ago) to the UDD I was involved with, along with the Mike Stern band a few years ago, everything Frank does is top notch.  What he is doing and has done for the drumming community of Australia should be widely recognized and commended.  He's quite a guy!"

What is the set-up that you intend to utilize on your upcoming Australian visit?

How would you describe your general approach to drumming?  Do you adopt a purely technical stance, or is emotion your engine?

DW: "My approach has changed quite a bit over the last few years.  I used to play from a much more physical approach (correlation, lifting weights), as opposed to one now with more attention paid to the 'natural' movements of the body, and letting the sticks do a lot of the work (correlation, swimming), all in a very relaxed manner.  This creates an amazing feeling of freedom at the drums to 'say' exactly what I want to say.  For me technique, and the possession thereof, is a means to an end.  The end being great feeling music and the realization of my emotions through the instrument.

Tell me about your new album 'Rhythm of the Soul'.  What was the underlining theme of the project?

DW: "Our (Jay's and mine) goal was to create music that had many elements of our past influences, based primarily on the styles of R&B, funk and blues, all still with an underlying jazz vibe of improvisation and harmony.  We feel we have made some music that appeals to both the musician and non-musician, especially in the live show.  It seems that most people that hear this music really like it, which makes us very happy!  A lot of musicians and drummers think this (Rhythm of the Soul) is a 'total' change of direction for me.  It's really not, this is just another side of me that really has not been recorded or seen that much.  And this is due to the fact that for the last fifteen years or so I have been involved in more complex musical situations, where playing any other way than I did, more complex, less simple, would not have been the correct musical approach, in my opinion."

Where does Jay Oliver fit into the Dave Weckl equation?

DW: Jay Oliver is one of my best friends from the time we were fifteen years old, back in St Louis MO.  We spent many hours together playing, listening to, basically living music.  We have been involved over the years in many projects and musical adventures.  This latest effort, 'Rhythm of the Soul' and the live band, is really the first time in all my solo efforts that we have gone this far with it, really realizing a life-long dream to go out and tour together.  Our company, 'The Player's Circle, is an extension of all these efforts, to really try and do to our fullest what we were both put on the planet to do."

How do you perceive your role as educator within the concept of 'The Players Circle' series with Jay Oliver?

DW: "Teaching and inspiring people, and especially young ones, to play music, or to just do whatever they do better, is very important to me.  I have many instructional products on the market already (through Warner Brothers Publications), and have been conducting clinics and masterclasses for fifteen years.  The Player's Circle is a company created by Jay and I with the hopes of producing speciality instructional and other products for musicians.  Our first effort is The In Session Series, a play-along, 'Music-minus-one' kind of package, for the Rhythm of the Soul CD.  The version 'minus drums' is now finished and will be available shortly in Australia.  The package contains a CD of the same mixes as the R.O.S. CD, minus the drums (it already assumes that you own the CD Rhythm of the Soul on Stretch/Concord Records) with a book explaining my concepts of each tune, some transcriptions of the parts I played, and pull-out charts in the back of the book for each song.  Eventually all the instruments will be represented, with the version minus keys and bass coming very soon.  To my knowledge it's the first time this kind of thing has been done for an 'on the market' CD, and the instructional value of this kind, with regards to a 'real' recording session from each instrument is unprecedented.  Hopefully when all the versions are completed, schools will realize the value of this package, as it will be 'built-in' small group practice, as all the instruments will be represented with everyone having charts to read, and concept books to study."

What do you see in your crystal ball with regards to the future of Dave Weckl?

DW: "Sorry, don't own one of those!  Just taking it day by day, trying to be a good father to my almost one year-old beautiful daughter, and continue my life as a musician, hopefully creating music that will influence and inspire people in a positive way."

Rhythm of the Soul distributed by Stretch Records.  For further information take a cyber tour on the Official Dave Weckl Web Site.