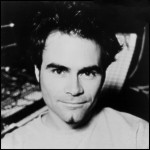 The Art of a Record Producer

Andrián Pertout speaks with producer Ross Robinson from Amsterdam about the art of hard rock production, and his work with Sepultura and Machine Head.

Engineer/producer Ross Robinsons initial assault on the music scene came about as guitarist in a thrash metal band with ex-Machine Head skin master Dave McClain, and as a consequence of his eventual recording excursions together was ultimately taken captive by the seductive art of studio production.  The career that was then set in motion eventually delivered a series of gold and platinum albums to his credit, later culminating in an award by New Yorks NY VIBE Magazine, pronouncing him as Hard Rock Producer of the Year in 1999.  Today, Ross Robinson has a clientele list that includes Korn, Limp Bizkit, Sepultura, Deftones, Soulfly, Vanilla Ice, Fear Factory, Cold, House of Pain, Human Waste Project, and his current projects that feature forthcoming releases by Machine Head, Amen, Slipknot and Phunk Junkeez.  Ross also recently signed an eminent deal with Roadrunner Records that officially casts him as A&R scout/in-house producer, which essentially gives him the power to discover and produce the debut albums of three new acts per year through the Roadrunner imprint label I AM Records.

How did you initially start out as a record producer?

RR: "I was the guitar player in a thrash metal band with the drummer from Machine Head, hes my best friend, I actually got to record his last record recently, but our band broke up, and I got offered to play with another band, so he took off.  And at that point, having been in the studio and seeing what a producer does, it was like I then knew that way beyond playing an instrument, this was my calling, and what I really wanted to do.  So being in that studio environment completely transformed my whole way of thinking about music.

What do you consider to be the magic in your approach to sound in the studio?  What are the main ingredients of a good record producer?

RR: "The main ingredient is definitely capturing the soul of the artist, the spirit side, not necessarily the tones or perfect pitch and all that, its definitely peer spirit on tape.  And as long as my focus stays concentrated on that I can usually score out a gold or platinum record (laughs).  You know, cause I think that the listener communicates more with the heart and accepts it more, because its personal.  I feel that we all have like one soul on the whole planet, and that when that one soul is communicating to itself, in complete honesty, it like changes people, and it also sells a lot of records, luckily for me (chuckles).

Tell me about the set up in your working studio of Indigo Ranch in Malibu, California.

RR: "The owners name is Richard Kaplan, and I sometimes also work with Richard engineering.  He was my main engineer on the first Korn record and on Sepultura Roots, but the latest ones Ive done with Chuck Johnson.  And Chuck is very much a vibe guy, hes totally into the vibe, so hes not really a technical, knobs tweeker kind of dude.  The studio was built in 73 by the Moody Blues, and Richard was part of that organization and kept the studio.  And fortunately the gear stayed completely intact, it was left alone.  All the gear is vintage, and there are just endless amounts of extremely great stuff.  You know, theres like over six hundred guitar pedals alone, and an assortment of microphones that is better than any studio in the whole LA area, maybe the world!

What sort of recording gear do you have there?

RR: The tape machine is like a 75 or 77 3M tape machine, it has big knobs on it, and leaves holes when you punch out, but its so fat, its the fattest sound.  And the console is a Dean Jensen custom board.  Hes like this electronics genius guy from the 70s that killed himself in the early 80s.  But all the crossovers are hand-wired, and you can pretty much stand anywhere in the room and have a great window of sound, so you dont have to be in one spot to hear it.  The outboard gear is like the normal excellent old school type stuff.  And you know, I use like weird battleship mikes from World War II (chuckles), and lots of other weird things to get creative with.  I also do a lot of vocals through old ribbon mikes, which have that old Disney cartoon sound.  You know, like those voices you hear like on Cinderella.  Yeah, I like that sound.

You are obviously still very much an analogue devotee.  So how do you see the digital versus analogue question in the style of music that you mainly produce?

RR: "I think that the people that are like throwing loops together, sort of like the White Zombie style or like these bands that are coming out and putting electronics in, theyre gonna sound very outdated in like maybe one or two years.  To me, the digital realm is very trendy, and its not a very permanent sound, its just too synthetic, it doesnt come from flesh and blood.  Its like, when I mix, I mix with my hands, I dont use automation, its a feeling, in that youre actually playing the song again.  So Im very, very into keeping it pure and real.  All the albums that you hear from the 70s stand up today.  You know, the sound of early Beatles albums is still up to date.  And this sound will always stand the test of time, where I dont think the digital sound will.

The Sepultura Roots album was certainly innovating both from a musical and sonic perspective.  What were some of the special recording techniques utilized?

I mean, that was a fat sound!

RR: "Yeah, it was very fat, and I think the main fatness came from the big toms that Igor played.  Also, Paulo had this Musicman bass that was very magical, that thing sounded great.  As far as the low end, thats what made it really happen, the drums, the bass guitar, and also Maxs vocals (chuckles).  You know, all those things, low tuned guitars, everything pushing together like that made the sound.  And just getting the sound from the equipment first and putting it to tape without messing with it.

So you recorded everything flat basically.

RR: "Yeah, because if I crave something in a sound, Ill try to like move the mike around or change the mike.  Also, the piece of gear might not be right that the band is playing through.  And Indigo is so transparent, in that you get what you hear in that room onto tape, so it doesnt like compress or change sounds, and thats what is so special about Indigo.  But that album was such a real sounding album, and those guys had so much power when they played, it was just so full on for us.

How would you say that your general approach has differed with the forthcoming Machine Head album?

RR: "The brand new Machine Head album is very heart felt, and its way, way more personal, compared to the first two.  The whole band has just opened up on more of a spiritual level, you can just feel their hearts wide open, theres so much fire on that album, and the singing is so good.  Rob has turned into a great, great singer, and theres excellent melody.  And the songs are very, very lyric-based, where each band member knew exactly where the lyrics were written, why they were written, and what exactly theyre about.  And the spirit of the song formed through each instrument, it was about the song and the meaning of it.  And with Sepultura there was just incredible amounts of energy through the music, and I wanted to basically create a pyramid, something that would last for centuries.  And thats basically what I went for with those guys, it was a very I would say God-based album, not a religious thing but a spiritual thing, because Max and I connected so much in that area.  But with Machine Head it was about breaking down the walls, actually thats some of the lyrics (chuckles).  It was literally about breaking down walls and getting to the core of those guys, whereas Sepulturas core was already exposed.

What does your official association with Roadrunner Records mean with regards to the future of Ross Robinson?

RR: "I have an imprint label deal with them, where I find bands that I really like, and get to produce them with no heat from a record company.  They trust me to do exactly what Im doing, and Im very grateful to be able to do it that way.  And Ive done it before with no compromise, but it was a battle sometimes, you know, of bullshit.  But with Roadrunner there will be no bullshit, and I can instantly get a band signed without having to shop them.  Had I had this record deal before, I would have had Deftones, Korn, Limp Bizkit and Cold, all these brand new bands that have gold and platinum selling records.  And so I find things before anybody else gets it, or knows its good (chuckles).  So it was a natural progression.  And I love Australian artists, Dead Can Dance is one of my all-time favourites, Nick Cave is like my hero, and I got to see this very special band recently in LA, Powderfinger, I really like them a lot too.  So its a special place, Id really like to come out and like hunt for a band.  So if somebody wants me to hear their band they can send a tape to Roadrunner care of me, it will makes its way to the US, and Ill get it.  So yeah, hook me up, and I will hopefully find a great Australian band that will maybe change the world.