Welcome to the REAL WORLD 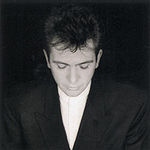 In the midst of his schooldays at Charterhouse, an exclusive British secondary school, Peter Gabriel co-founded the group Garden Wall, later to be renamed Genesis by UK pop entrepreneur Jonathan King. The original line-up included keyboardist Tony Banks, guitarist/bassist Michael Rutherford, guitarist Anthony Phillips and drummer Chris Stewart. Phil Collins went on to secure his place in the band in 1970, after the demise of two earlier drummers, John Silver and John Mayhew. In the years that followed, Genesis attained a worldwide cult status, in support of their studio albums and illustrious theatrical stage shows. In spite of the growing trend towards global artistic acceptance, after releasing the highly acclaimed The Lamb Lies Down on Broadway in 1974, Peter Gabriel made his decision to leave Genesis and pursue a solo career.

It was Peters fourth album Security, released in 1982, which yielded his first solo Top 40 single Shock the Monkey, and his seventh album So that won him his first Grammy. His video production for the track Sledgehammer also pronounced him as an innovative video maker, becoming the most awarded music video ever. He also took part in a celebrated career as film composer, winning the Grand Jury Prize at Cannes in 1984 for the soundtrack to Alan Parkers film Birdy. His scoring successes followed in 1989 with a Grammy for Best New Age Performance for the album Passion, the soundtrack to Martin Scorseses epic film The Last Temptation of Christ.

Over the years Peter Gabriel also embraced the vocation of social activist, working with Amnesty International, as well as various other organisations dedicated to human rights and environmental issues. He enthusiastically immersed himself into world politics with recordings such as the anti-apartheid song Biko, which incidentally was a first in pop music, for a dedication to the abolition of apartheid in South Africa. His humanistic ideals continued to surface with appearances at the Nelson Mandela concerts at Wembley in 1988 and 1990, followed by his initiation of the Witness programme in 1992. This being a most ambitious project, with the aim of arming human rights activists from around the world with the tools to expose social injustice.

In 1994 Peter Gabriel yet again ventured into new ground, and launched Xplora 1, which today is the biggest selling music-based CD-ROM of all time. His latest offering is titled Eve, and is bound to stand as a testament of his artistic excellence.

THE BIRTH OF REAL WORLD RECORDS

In 1980 WOMAD (World of Music, Arts & Dance) was established, with the principal aim of exposing ethnic music and dance from around the world. The aspiration was to bring these traditional cultures to a wider audience, via a series of international festivals. It was set up through a partnership that included Peter Gabriel, Thomas Brooman and Bob Hooton, and in time evolved from its humble beginnings, into the elaborate structure that constitutes WOMAD today. The first festival took place in 1982 in Shepton Mallet, UK, and was partly funded by the Genesis reunion concert.

The growing interest in world music generated by these festivals gave Peter Gabriel and WOMAD the foresight to give birth to the Real World label and studios in 1989. The idea being that Real World Studios provide these talented global artists with state of the art recording facilities, and with its interrelating arm of Real World Records, provide the marketing muscle. Eight years on the dream is realised, with an extensive catalogue that includes some of the worlds most innovative traditional artists.

Real World Inc is situated in the Wiltshire countryside, near the ancient city of Bath, half an hour away from Stonehenge, and close to many other historical sites. The studio complex is a development of a 200 year old water mill, and is renown for its environmental and technological edge. The design is based on live interactive spaces with three main control rooms, and most of the labels releases are recorded there. It employs three full time SSL trained assistants, two full time technicians, as well as catering, service and administrative staff.

A contributing factor to Real Worlds present day success is largely owed to the establishment of the WOMAD festivals back in the early eighties, as much of the talent signed up to the label was initially sourced by the WOMAD machinery. One of its first releases was Passion Sources, being Peter Gabriels inspirational sources behind his Grammy award winning Passion album. A compilation album that included the formidable talent of international greats such as Pakistans Nusrat Fateh Ali Khan, Senegals Baaba Maal, Indias Lakshminarayana Shankar, Turkeys Kudsi Erguner, Egypts Hossam Ramzy, Ethiopias Tejbeit musicians, Irans Mahmoud Tabrizi Zadeh, Moroccos street musicians, Guineas Fatala, as well as Armenias Antranik Askarian and Khatchadour Khatchaturian. Cubas Orquesta Revé and Zaires Tabu Ley Seigneur Rochereau also form part of this list of founding artists.

Real World also plays host to significant world music events, such as Recording Week, which came about when 75 international artists and producers from over 20 countries were invited to collaborate in a recording project. The resulting album of the 1991 event came to be known as A Week in the Real World, and is today a regular affair. Peter Gabriel and Real World have been greatly responsible for bringing world music a little closer to mainstream, and will continue to provide that road of discovery for world music lovers.

A SELECTION OF REAL WORLD ARTISTS

The Khan family of classical music masters devoted over six centuries to the development of the art of Qawwali, the Sufi devotional music of Pakistan. Nusrat Fateh Ali Khans phenomenal talent is the result of this lineage, and today is regarded as one of the great Qawwali voices of our time. The Sufis are an Islamic sect with a mystical ideology, and at the core of their religious beliefs is the devotional love of Allah, his prophet Mohammed and his friend Ali. The purpose of their music is to achieve the joint spiritual elevation of performer and listener alike, with the intention of creating a closer bond with God.

Dmitri Pokrovskys concerns for the extinction of Russian peasant culture led him to contribute greatly to the collection of old Soviet songs. In 1990 his efforts were officially recognized, with an award for his role as the father of the folklore movement. Dmitri died in 1996, but the foundation he created is a legacy of his determination to preserve the poor mans music. The distinctly Russian polyphony of the Dmitri Pokrovsky Singers is evident on their Real World release The Wild Field, which is an album of peasant songs from Southern Russia. The Faces of Russia album features a wider repertoire, which includes Cossack songs, harvest and wedding songs, as well as religious music.

Sheila Chandra began her recording career in the early 80s with Indipop band Monsoon. On the release of the Top Ten hit Ever So Lonely in 1982, she became the only Asian singer to encounter mainstream chart success in the UK. Monsoon went on to create a lot of interest in music circles, with their integration of traditional Indian instruments into Western pop music. In 1984 Sheila launched a solo career, and released Out on my own, Quiet, The Struggle, Nada Brahma and Roots and wings under MNW Records, before signing up to Real World. Here she produced a trilogy of albums, with an emphasis on the exploration of the sound created by voice and drone.

Tabu Ley, later to be known as Rochereau, was born in Bandundu, Zaire. His legendary career has so far engulfed four decades, with the release of over 150 albums. He is also an astoundingly prolific songwriter, with a list of 2,000 songs to his credit. At the age of 14, he wrote his first hit Besame Muchacha, recorded by Le Grand Kalle, born Joseph Kabaselle, who is the father of the modern Congo sound. In 1959 he went on to join Kabaselle and African Jazz. This was an influential association that was a driving force behind his own development of Congo/Soukous music in the 70s. Today he is considered no less than the greatest star of African popular music.

Matt Molloy was born in Ballaghadereen, County Roscommon, Eire, and began playing the flute at the age of 8. He was greatly influenced by the Sligo tradition of flute playing, and by the age of 17 he was already an accomplished player, winning the All-Ireland flute Championship. He was the founding member of the folk-rock band The Bothy Band, and released six albums with them. In 1979 he became master flautist for Planxty, but shortly after joined the Chieftains. Matt owns a pub in Westport, County Mayo, Ireland, called Matt Malloys, and this is where he recorded his current album with guitarist Arty McGlynn, incorporating some of the finest Irish talent.

Totó La Momposina is one of the most popular artists outside of Colombia, and her music is a cross-cultural integration of African, Spanish and indigenous Colombian influences. It is a combination of Roots Cumbia, which is based on the Cumbian rhythm of an Afro-Colombian tradition, and Colombian Sexteto music, introduced by escaped African slaves from Cuba. These rhythms often have a function at religious festivals, ritual ceremonies, and during carnival, as well as other festive gatherings. The instruments used include various drums and rattles, a bass thumb piano, and indigenous contributions such as the clarinet-like flauto de millo and the recorder-like gaita.