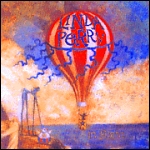 At the onset of her solo career, Andrián Pertout speaks to San Francisco's Linda Perry about her past association with the '4 Non Blondes', and the release of her new album In Flight.

Linda Perry and the 4 Non Blondes may have conquered the worldwide charts with the 90s anthem 'What's Going On', and exceeded sales of five million copies with the album Bigger, Better, Faster, More, but we're yet to hear retirement bells ringing for Linda.  This lady's ambition has actually grown, and as a consequence she has broken away from the 'tired and tested', to seek greener pastures on her own.  Perry's new album In Flight features the production skills of Bill Bottrell, a guest appearance by Jefferson Airplane/Starship's Grace Slick, and a writing collaboration with Marty Wilson Piper.

When you take a closer look at Linda Perry, as I did at her MCA showcase at the Continental Cafe, what you discover is nothing but a real person, with plenty of street feel, and loads of personality.

How did you start out in music?  What inspired you to sing?

"I don't know, everybody asks me how did I start out, and I really don't really know.  I just kind of, I've always liked music.  I always diddled around on the guitar, and well you know, sang a little bit, and then until like eighteen or nineteen that I actually started really getting into it, and I tried to join a couple of bands, when I was sixteen, singing and playing guitar.  And there like I was in it for three days, they kicked me out 'cause they said I couldn't sing, and then joined another band, same thing, they kicked me out, said I couldn't sing.  And I was like, 'Wow, obviously I'm not a singer' (Laughs).  Then I moved to San Francisco, and I started writing songs, and this big voice came out of my mouth, and I was like, 'Ok!  Now, here I go!'"

Did your vocal ability come naturally for you or did you go through some formal training?

"Oh no, I've never been through formal training.  When I first started singing I kind of sounded like Sade, you know, really 'Smooth Operator' (laughs), a really mellow, lounge voice.  Then I moved to San Francisco, and all of a sudden this 'Sshh' big voice came out of my mouth, and I was like 'Cooool', like total rock!  And I was like, 'Yeah!'.  When I joined 4 Non Blondes, and when we started getting kind of successful, I was like, 'well, maybe I should go check out, you know, and see what's going on here with my voice, maybe I can make it better, or whatever.'  And I went like to a total of three vocal lessons!  Hated it, they were trying to tell me what is proper way of singing, that I can't do this, because that's not proper, and you know, my technique is all wrong.  And I was like, 'You know what?  This is wrong, I'm not doing this anymore'.  I just kind of like experiment with my voice.  I feel like a have a lot of characters in me, and I fit my voice to what the song is, and I'll change things around.  And I think that I'm just getting better, through this record I felt like I really found my real voice."

How did you initially get signed up?  Did you ever imagine the kind of success you would eventually have with the 4 Non Blondes?

"Yeah!  Actually, I thought it would happen sooner in the 4 Non Blondes career, and I thought it would be bigger.  But I joined the band, and a year and a half later we got signed, and we made a record.  And the record actually sat, it was out for a year, and nobody even had heard of it, you know, it wasn't going anywhere.  Then finally we started getting on the telephone, and calling radio stations, the band.  You know, we took three weeks, getting on the telephone, calling every radio station around America and asking them to play our song.  And then they started doing it, and then 'puff!'  You know, everything flew."

Tell about your new album In Flight?  Is it a reflection of your future direction?

"Is it a reflection of my future direction?  Ah, umm, I don't quite understand that, but I think I understand it.  That's where I'm at right now, my future direction will be completely different than that.  You know, like my next record won't be like In Flight, it will be completely different because I wrote a record based on where I was at, at that moment."

What sort of approach did you employ in the songwriting for this album?

"No, I don't have any special technique or approach.  When it's time to write a song I pick up the guitar or go to the piano, and I write a song.  I can go for months, and not even touch an instrument, because it's not there.  I wait until it's there, and something tells me, 'Go to your guitar and write a song'.  And I'll just start with a strum or something, and then all of a sudden I'll just sing a melody, and I'll keep repeating certain words, and then I'll grab it, go back, write down whatever it is I just said, or record it, and then I'll make sense of it, and then there's my song.  And then after the song is done I'll go, 'Oh!'  I have no idea what I'm writing about at all, it just comes, and then I'll go, 'Oh!' (Laughs)"

How did the collaboration with Marty Wilson Piper come about?

"Well, I wanted to get together with somebody and just write some music, you know, just a different influence, a different collaboration kind of thing, and he came down to meet me, to San Francisco.  And we hung out for about three or four days, and just talked, and drank, and played pool and had a really good time, just kind of feeling each other out, and he was great.  I mean, like on the fourth day, we were like, 'Ok!  Let's go play some music!'  So we went in to my rehearsal studio, and we just sat there, you know, for hours and just played, and digged around.  We wrote a song from scratch, and then I had this song 'Knock Me Out', and I played it to him, and I said, 'I'm having problems with this chorus'.  And he helped me with the chorus, and then he showed me a couple of his songs, and we just had a really good time, and then he left."

On the track 'Knock me out' you feature Grace Slick.  How would you describe the experience?

"That was just overwhelming, it's Grace Slick, you know, I'm a big fan of 'Jefferson Airplane', and she's an overwhelming person.  Her presence is very strong, and her voice is amazing.  And so it took me two weeks, I had this idea to get Grace Slick and sing on this song, and it took me two weeks of calling her, and talking to her, and convincing her I'm the hottest thing that's on the earth right now (Laughs), and you're gonna love my record.  And finally she came down, and I was like, 'No fucking way!'  I ran around the studio, cleaned everything up, and got flowers, and I said, 'Grace Slick is coming!  Grace Slick is coming!'  She showed up, and she listened to my record, and she was like, 'This is a great record!  What do you want me to do?'  I want you to do whatever you want to do.  And she's like, 'Do you have any direction for me?'  I go, 'No, be Grace Slick'  And she wrote her own part, and I was like, 'Fuck yeah!'  She shook my hand and said, 'Good luck!'"

What sort of talent have you been signing with your own record company Rockstar Records?

"I have two bands right now.  One's called 'Stone Fox' and one's called 'Two Lane Black Top'.  And 'Two Lane Black Top' is southern rock,  and 'Stone Fox' is like just very heavy rock, you know, orientated.  And I really believe them, you know, when I saw them on stage, I believed they meant every chord, every chord, every movement they made.  They felt it, and it was not phoney, it was real, and that's the kind of feeling I look for.  You could be country, you could be jazz, you can be anything, but as long as I feel it's true, that's the kind of band I go after."

Tell me about San Francisco.  How would you compare the music scene there to that of other US cities?

"Well, we have no label, we're not grunge, we're not glam rock, we're not disco.  Music in San Francisco is across the board, there's every kind of band you can imagine there, and really great musicians, really talented, and very content.  You know, like a band can be happy just playing in a little tinny bar that has fifty people that show up every night, and they'll be happy doing it.  There's not a bunch of people that want the big record deal and what not, they just love to play music, and that's that.  And if they get a deal out of it, great, if they don't, it's not gonna ruin their lives, they'll keep playing music until they can't anymore.  So it's really a great scene, a very great following, loyal fans, there's very good support there.  It's just really good, it's just a really relaxed down to earth town."

Is there anything that I've missed on that you would like to add?

"Buy my record (Laughs).  Buy my record, and I guarantee you'll grow to like it.  You know, it's a kind of record you have to work at, it's not easy, I didn't make it easy for you to get it.  You have to sit with it, and you'll appreciate it.  There's a lot of things going on, but there's a lot of space, and it's very mellow, it's very powerful I think, and it's very personal.  So the best way I recommend it, you get stoned, you turn the lights down low, you get two sets of headphones, one for you, and one for the person you're about to screw, and you'll love the record (laughs)."