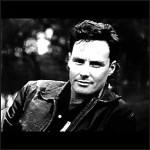 Neil Murray initiated his musical career with the Warumpi Band in the early 80s, and in the remote community of Papunya, situated in the Great Western Desert; the platform that in time would help establish his name as one of our best songwriters.  The release of their Go Bush album in 1987 gave birth to classic song My Island Home, which was later immortalized on Christine Anus 1995 release of Stylin Up; in the process also becoming an APRA Song of the Year award recipient.  Some of Neils other artistic endeavors to date include now cult classic novel Sing For Me, Countryman, his play King For This Place, which was recently staged by the Deckchair Theatre Company in WA, and his new book of poetry and prose titled One Man Tribe.  The Wondering Kind represents Neil Murrays fourth solo album, and his second offering to be released through ABC Musics Songwriter Series imprint label.

Neil Murray, singer, songwriter, novelist, poet, playwright  How do you reach a compromise between the importance of the written word and musical sounds?

NM: Well, with a song I place the importance on both, because a song is a marriage between a sung lyric and melody, rhythm.  So the lyric has to work with the same energy as the music, thats what the medium of song is.  And Ive always striven to have good lyrics, to have lyrics that really matter, and that when sung, carry their freight of emotion, in tandem with the music; the music just amplifies that.  But for me its all writing, whether its poetry, songs, plays or a novel, its just that different disciplines come into it.  But I dont see any conflicts of interest there.  Ive written poetry as long as I have been writing songs, but of course its very hard to make a living off poetry.  And I probably dont work at the craft of songwriting the way that a lot of other writers do, but I think Im more into wanting to keep it fresh, and not labour it.  And thats why for me to actually go off and write a play and be involved in this production, in a sense helps my songwriting, because Im doing something different, and theres all kinds of influences that you get from just meeting people that work on those productions.  And sometimes its best to leave something alone, and have a break from it, and you actually improve it by just leaving it.  Its the same with writing poetry.  Ive got a book of poetry out now published by the NTU Press, and Ive had that manuscript in various shapes for about fifteen years or more; its taken this long to get it into print.  But that just reflects how difficult it is to get poetry legitimately published in this country.

What was the running theme behind your latest album The Wondering kind?

NM: The running theme (laughs)  There wasnt any conscious theme, these were just the songs that seemed to work for me.  Theyre the ones that kind of hung together the best and the ones that seemed to move me.  And there was no overall conception of a theme, but I guess there are themes that reveal themselves in that collection.  But I did want the lyric to be paramount, in the sense of being able to hear it well.  I wanted the lyric to be almost like a spoken-word album with music, but it isnt spoken-word, they are songs.  And I didnt want a lot of experimentation, I wanted to keep a lot of acoustic base in it, but the songs dictated their own instrumentation, in terms of the style.  And for me all it has to do is satisfy my sense of quality about what I put out, and I think it does that, so the rest is in the lap of the Gods.

Your affinity with the aboriginal peoples of this land is celebrated in songs such as Eddie Mabo.  How do you perceive this special relationship?

NM: On one level, hes a man I respect; I never met him, but lived at the same time and shared something of his struggle, in the sense that Ive been associated with Aboriginals, with the Warumpi Band and all that.  And it became my struggle too, because I believed in these issues of justice, and land rights and stuff.  And I rejoice in his posthumous triumph.  He is an enormous figure in recent Australian history, and will be more so over time.  But hes received less eulogizing than your average sports celebrity or politician with a use-by date.  So after reading his biography I felt compelled to try and eulogize him at some stage in song form, because he certainly deserves it in my book.  And I feel that all Australians should respect him, as much as they do (Sir Edward) Weary Dunlop, or someone like that, because the odds were against him.  But he took it all on and won, and proved the lie of Terra Nullius and all that.  And if you read his biography, even though he created a lot of discord amongst his own people; that in itself showed that they had system of land ownership and stuff.  And he had to ruffle the feathers of his own people back on the island for that to be proved (chuckles).  So I just feel that he is a very significant figure in Australias history for everybody, and not just for Aboriginal people, we all should be very proud of him.  So that was I guess the impetus behind that kind of song, which was definitely written with a purpose in mind.

What is Neil Murray going to be up to in the new millennium?

NM: This albums coming out, and so Ill doing a bit of a tour up the east coast to promote it.  Im actually going to launch it in Melbourne on the 11th of March, and then do a few gigs roundabout Adelaide and Hobart.  So for the first two months Im pretty much concentrating on doing a bit of live work to support the album.  Id like to tackle another book at some stage, but I just dont know when Im going to get to that

Neil Murray: Back from the Bush