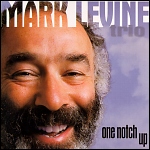 Andrián Pertout speaks to Mark Levine from San Francisco about his life as a Latin jazz musician.

Mark Levine is a San Francisco based pianist, trombonist, composer and educator, and was musically initiated under the guidance of Joe Pace, Hall Overton, Jaki Byard, Herb Pomeroy, and the Boston University School of Music, where he graduated in 1960.  He began his professional musical career soon thereafter, playing piano in a big band in Boston, to then move to New York and develop an association with Houston Pearson, Joe Henderson, Gábor Szabó and Ray Pizzi.  The years between 69 and 74 were in essence devoted to the Latin sounds of Mongo Santamaria and Willie Bobo, and it was in the following relocation to San Francisco where he established the much admired reputation as pianist for Latin and jazz greats Cal Tjader, Tito Puente, Stan Getz, Woody Shaw, Freddie Hubbard, Dizzie Gillespie and Chet Baker.  Among his many notable and celebrated recordings with these artists is Cal Tjaders Grammy Award winner La Onda Va Bien.  His compositions have also been recorded by a prominent list of artists that include Joe Henderson, Blue Mitchell, Cal Tjader, Tito Puente, Poncho Sanchez and Pete Escovedo, and his artistry acknowledged with two National Endowment for the Arts Grants to assist his development as composer and arranger.  One Notch Up is his fourth solo album, and features the musicianship of bassist John Wiitala and drummer Eddie Marshall, with the inclusion of two of his own compositions.  Additionally, Mark Levine is a renowned educator, and as clinician regularly tours the US, France, Germany, Italy, Austria, England, Holland, Belgium, Denmark, Finland, New Zealand and Australia.  The Jazz Theory Book and The Jazz Piano Book are his two principal contributions as author, and are today regarded as the essential literature in jazz education.

Tell me about the birth of Mark Levine, the musician.

ML: "Born and raised in Concord, New Hampshire, I discovered jazz from my older brothers record collection when I was about twelve.  Benny Goodman, The Lighthouse All-Stars and Stan Kenton, mostly, and one Bird record, which I hated.  A year later, all I wanted to listen to was Bird.  Over the next ten or twelve years I had four inspiring teachers, Joe Pace, Hall Overton, Jaki Byard and Herb Pomeroy.  I didn't start playing Afro-Cuban music until I was about 28, the pianist in the only Latin band in Boston quit, and I was recruited.  It must have been a good band, because within a year they had all moved to New York.  The leader, Dick Meza, played lead alto with Tito Rodriguez and Tito Puente for many years.  The conguero, Don Alias, had played with everyone, including Miles.  The bassist, Gene Perla, was Elvin Jones' bassist for many years.  I moved West, first to LA, then San Francisco, working with Willie Bobo, Mongo, Cal Tjader, Moacir Santos, etc.

How do you reflect today on the period in the early seventies, and your association with the artistry of Latin masters Mongo Santamaria and Willie Bobo?

ML: "I got a good education in both bands, especially Willie's, which was more fun and I had more chance to play.  The crowds for Willie's band were there mainly to have a good time, after all, this was in LA, and very few were informed aficionados of Afro-Cuban music.  With Mongo, the audience was more of a mix, people who knew his music through Watermelon Man and other hits, and more serious listeners who appreciated his genius.  Afro-Cuban music, despite its status as an art form, is still fundamentally dance music, and even when I've been in Havana and gone to hear the best bands in Cuba, Orlando Valle, Klimax, NG La Banda, Los Van Van, etc, people were there mainly to dance and have a good time.

What is the essence of the piano comping style of this Afro-Cuban tradition?  How have the techniques been developed in the Latin jazz genre?

ML: "Traditionally, the pianist plays montuno, a two-bar rhythmic/melodic/harmonic pattern, in sync with another pattern called clave, which is the glue that holds all Afro-Cuban music together.  Jazz and Afro-Cuban music have been influencing each other since jazz was born, a hundred years ago.  New Orleans and Havana had a complex trade, cultural and musical relationship with each other until the US instituted the blockade against Castro in the early 1960s.

The early eighties is clearly marked with your celebrated work with legendary musician Cal Tjader.  What kind of impact did he have on you musically?

ML: "I wouldn't say that Cal himself influenced me very much, but he gave me the opportunity to write and have my tunes played and recorded.  Some of them have done quite well, and have been covered by other artists, such as Mongo, Tito Puente, Pete Escovedo and Nutorican Soul.  Cal started the ball rolling for me, and he was a great guy to work for.

Your compositions have been recorded by a prominent list of artists that include Cal Tjader, as well as Joe Henderson, Tito Puente and Poncho Sanchez.  How would you describe your general approach to composition?

ML: "I start with a single idea, a phrase, a short chord progression, and let it grow outward.  The form sort of takes place naturally as I go along.  I usually rewrite and tinker with it for quite a long time, but ninety percent of each song is done in the first hour or so, sometimes in only ten minutes.

What are some of the current projects that you are involved in?

ML: "My new CD, One Notch Up, with Eddie Marshall and John Wiitala, is the best recording I've done and I'm starting to do more trio gigs as a result.  I'm also in a co-op Latin Jazz group called Que Calor, that I do a lot of writing for.  It has six of the best Latin jazz musicians in the San Francisco area, including Michael Spiro of Talking Drums.