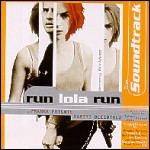 Andrián Pertout speaks with Berlin based producer/bassist Johnny Klimek about his career so far, and his techno magic on German action film Run Lola Run.

Melbourne-born producer/bassist Johnny Klimek achieved worldwide chart success after a move to Berlin in the early 80s, and with an act called The Other Ones, which included his brother Alf and twin sister Jayney Klimek.  In the years that followed Johnny set up his own production studio in Berlin, and together with Paul Browse went on to infiltrate the electronic music scene with projects Systems 01 and Effective Force.  In 1996, he then toured Europe with the Nina Hagen Band as bass player, which would later lead to writing and co-producing her next album in collaboration with Reinhold Heil.  In that same year a partnership with director/composer Tom Tykwer and Reinhold Heil was established, being a 3-piece production team dedicated to the output of film scores.  German action film Run Lola Run, which incidentally is the most successful German film in the US since Das Boot, released in 1981, represents one of many projects together.  Some of the upcoming commissions with Reinhold Heil include Tom Tykwers new film The Warrior and the Empress and Nick Knatterton.

Lets talk about your roots.  What led to the permanent move from Melbourne to Berlin in 1983?

JK: My brother Alf was in a group called The Bus bee Brothers, and they used to perform at The Last Laugh.  And then he went to Europe around 1979 (Johnny then does some classic Aussie lingo), like Fucking years ago mate!  But that all split up, like most projects do.  He was miserable and all that stuff, and then a guy from the Nina Hagen Band asked him to join the band.  Nina had left, and they were looking for a new frontman.  He had never sung in a band before, but he said, Yeah, I can do it!  And secretly he took rock n roll lessons.  He did a record with them, but then left the band, as bands always break up, and came back in 81 to get a band together with his little brother, me.  I was eighteen and I was rockin in the club circuit.  No, not much actually, I was doing more cabaret.  But he wanted to get this band together, go to Europe and get a record deal.  So we did it, in 83 I went over there, became a cleaner for about three years, and worked in an Indian restaurant.  I did all their shit kicking stuff, and got miserably depressed in their European winters.  But within three years of that we had a record deal.  So we got together The Other Ones, which was my brother, my sister Jayney, me, and three German characters.  And we had a worldwide hit with a song called Holiday.  Then we did our second record with the Trevor Horn studios, big budgets, and my ego was like, Wow, this is easy!  And I wanted to co-produce with the band and the engineer, and it didnt work (laughs), the record wasnt good.  And as all bands do, we broke up.  At that point I met a girl, Gudrun Gut, she was from a band called Matador, and it was all this underground independent stuff.  And I didnt even know what independent music was, being from suburban Clayton, where it was all chart orientated stuff, but because of her I started meeting the Nick Caves and these people, and started producing low budget records in my bedroom.  That was around 87, and that just continued on.  And then the wall came down, and somehow I just fell into the whole techno thing.

How has the city of Berlin come of age over the last two decades?  It must have changed a lot.

JK: Yes, completely, since the wall came down  But do you want me to remember things?  My memorys like really groovy 80s hairstyles, and putting white egg yolk in my hair to stick it up  Anyway, since the wall came down, youve got a complete new world on the other side.  And most of the clubs that were in West Berlin have just gone down, because its all happening in the East now.  Theres just cranes everywhere, the whole governments moving there, so if you go there, its skyscrapers just clocking up.

The Nina Hagen Band seems to have occupied some of your time of late.  What is the general nature of your association?

JK: It wasted some of my time.  I was going through this whole electronic techno thing, and I was really sick of it.  I liked the electronic side of it, the possibility to experiment, and not having to release a record by a major company, but I was sick of it all.  And everything started collapsing, like Paul Van Dyk wanted to split up with me, Paul Browse, my partner with Effective Force, and Dr. Motte also wanted to split up.  And I thought (Johnny simulates a shaky, nervous voice), This is the end of my career!  But it had just begun, thank God.  Then out of the blue I got this offer from Nina Hagen to go and play bass and tour.  And I thought, Yeah, do something different, instead of twiddle knobs.  And that led to me co-producing her new record in Santa Barbara with one of my partners, Reinhold Heil, who I worked with on Run Lola Run.  But she turned up (Nina Hagen) like four times, in the two months that I was there, and just improvised.  It was a very interesting nightmare (chuckles), a good learning experience that one!

How did your the partnership with Tom Tykwer come about?  And how do you collaborate on a project?

JK: I played Tom some of my stuff, my own music, and he really liked it.  He wasnt famous at all then, but he said that he was looking for a partner that would do all his future films.  So its not like hiring the musicians, its like a band type of situation, me, Tom and Reinhold.  He really wanted a permanent member, and it just clicked.  And the way that we usually work together is he will tell me a little bit about the film, his thoughts musically, or whatever, and I will just do the sound generation.  And Ive got a good feeling for what sounds he hates and what he does like.  So I present him with a library, and hell think of a certain scene.  In this latest case, we didnt have any visuals to work with, it was in the editing stages, and so I did what I call the slop approach, where I put rubbish together.  And out of the rubbish you find, Ah, theres a start point, and then move on from there.  So I showed him a lot of rubbish (laughs), and he went through all the shit and found the seed.  But with Run Lola Run we started with the trailer, because the film company wanted a trailer immediately, and thats what generated the whole direction of the music, the intro scene, its a whole animated section.

Tell me about the gear that you both use, and some of the production techniques that you explore together.

JK: TEAC 4-track, distortion pedal  No, Im lying (laughs).  Since having all these hits Ive had money to buy lots more machines.  So now Ive got three studios running with Pro Tools set up, Audio Logic, Sample Cells, two in each studio, and computers.  But I generally dont work too much with synthesizers, because it bores me.  I like the mixture of organic sounds.  I do use them, but even in Run Lola Run there is this classical feel about it, because I think weve merged electronic techno with score music.

What kinds of synths do you use?

JK: In the three studios Ive got the same set-up, and the main synth is the Nord Lead.  Sample Cells, thats the main sampler.  Ive also got an Akai S3000 in each studio, and just for quick writing, Ive got a Planet Phatt in each studio.  Thats the E-mu Systems, multi billion, one point seven billion sounds.  You know, those ones.  And you can very quickly access drums and all that.  In the main studio Ive got lots of other synths, like the Korg MS-20.  I love that, and thats something that Ill put a lot of live sounds through.  And then Ive got the Devil Fish from Robin Whittle.  Hes a hero in Melbourne, Hello Robin.  Its a TB-303 that Robin Whittle modifies, and everybody should go to him and get it modified!  So that he can make lots of money and buy me dinners whenever I come over here, thats how I work.

How was the soundtrack to Run Lola Run conceptualized?  Was it pictures interpreted musically or simply ideas given a musical voice?

JK: Well, Tom edited to a tempo, so the whole concept from the beginning was about the music being a major player.  And it was one of those stories that was very clear, how to approach it.  And if you see the film you will notice that every edit is bang on the cut.  So the music was done to the film.

The soundtrack also features several remixes of the main tracks.  Do you have a particular way of approaching a remix?

JK: When I do remixes I tend to take a few elements from the music.  So when it comes to experimenting I always look for one or two major hooks, melodic structures.  And I prefer melodies in electronic music than just, Ch uhm, ch uhm, and stuff, which gets boring after a while.  The last thing I go for is the rhythm, where I get a cool rhythm happening.  And I still tend to stick to this dance approach, where you build it up from the beginning, getting bigger and bigger, breakdown, hands up in the air type-thing, and then start again.  But in the second half I try to do something a bit different these days.

Where to from here?  What other project do you have planned for the future?

JK: Im working on a film called Only Us Two, which is a comedy, and I guess its a Fat Boy Slim meets pop type of soundtrack.  And its about a young fifteen year-old kid who wakes up with an erect penis and starts talking to it.  But you dont see the penis in the film, its a comedy sketch.  And then Im into a film that is a mixture of country & western and Fargo, very beautiful minimalist string melodic stuff, with a country & western feel, which is a good challenge.  And as long as I have a challenge, it always turns me on, to try something different.  Then comes Tom Tykwers new film The Empress and the Warrior, a psycho thriller love story, a typical Tykwer thing, which is going to be very melodic, weird and strange, but beautiful.  And after that I go into a film called Nick Knatterton, which is like the German version of Dick Tracy, a cult cartoon thats been around in Germany since the 60s.