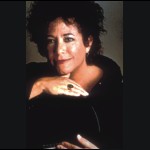 God and the FBI

Andrián Pertout speaks to legendary songwriter and musician Janis Ian from Nashville about her beginnings, songwriting craft, and her new album God and the FBI.

Janis Ian burst into the music scene with a bang in the late sixties with controversial song Societys Child  a tune with a message, essentially questioning the social forces of the time standing firm against the love between a white teenage girl and a black teenage boy.  It was quickly banned from the airwaves, but nevertheless still became a nationwide hit in 1967.  The seventies then delivered Jesse and At Seventeen, out on Stars (1973) and Between the Lines (1975)  the latter incidentally selling over a million copies and producing two Grammies, although it was the following album Aftertones (1976) that truly established her as an international star.  With the eighties then came disco dance floor classic Fly Too High, highlighted on the soundtrack of the Jodie Foster movie Foxes.  Beyond the nineties Janis Ian is now credited with a collection of seventeen solo albums and collaborations with Chick Corea, Giorgio Moroder, Mel Torme, Leonard Cohen and James Brown.  Her songs have also been recorded by the likes of Stan Getz, Bette Midler, Amy Grant, John Cougar Mellancamp, Glen Campbell, Vanilla Fudge, Joan Baez, Etta James, Cher and Hugh Masekela, among many.  Adding to this are many side projects that include numerous soundtrack scores over the years and an ongoing monthly contribution to Performing Songwriter magazine.  Her latest Windham Hill release is titled God and the FBI, and features Janis Ian on guitar, bass, keyboards and vocals along with multi-instrumentalists Philip Clark, Jim Cregan and Marc Moreau, as well as the guest list of Willie Nelson, Chet Atkins, Steve Gadd, Willie Weeks and Matt Rollins.

How would you describe the mood at the time of the release of your controversial song Societys Child?

JI:  It was a mood of change.  I mean, the whole country was changing.  And the song was just part of that.

I guess Im referring to the fact that the music scene has changed a lot since then, and that everybody has this feeling that music in the 60s was not as commercialised as it is now

JI:  But it was really commercial.  I think in a lot of ways it was more commercial than it is now.  There wasnt as much in the way of exposure.  You know, you just had Life, Look, Times and Newsweek.  You didnt have eight hundred different magazines  you certainly didnt have music magazines in this country.  The only ones that we had were  really Crawdaddy was the first one, and then Rolling Stone.  But if you look at the stuff in the United States like with what was going on at the time, just before the Beatles and Bob Dylan, every singer out there was manufactured.  And this refers to Frankie Avalon and Fabian.

Was the controversy behind the song natural or preconceived?

JI: I think it was just natural.  It was what I was seeing going on around me.  And it was something that my friends were talking about and I was talking about.  And I was concerned with that.

Tell me about being thought of as a has-been at eighteen  thats quite sad really.  Did the imminent success of Jesse in the 70s mean a lot to you personally, or was chart success unimportant to you at the time?

JI: Its important in terms of  chart success allows you a luxury to buy the time to continue doing your work.

But what was the driving force for you really?  Did you have your eye on the charts all the time?

JI: No, I never even thought about that.  Ive just always been real lucky that when I have had success, its always been with something that I wrote that I really liked.  You know, I listen to the charts, and I guess I heard them then.  I have a pretty adept memory for music, so whatever goes in stays there, but I still dont worry about it.

When did you actually start writing songs?

And what made you want to write songs?

JI: I have no idea.  I always wrote poetry and stuff.  And I guess it just came naturally.  I dont know  I listened to other records and noticed that some of them were writing their own stuff, so it was logical that at twelve Id figure I could do that too (laughs).  Thats why I think its great when people start young  when you start playing young especially, because there are no bars at that age.

I guess you are just following your own instincts

JI: Yeah.  And thats great for a long time.  It took me decades to get to Nashville, and then wrote enough with other writers to realize how little craft I had, which was a pretty important thing for me.  And its great now, Im a much better writer, because now I do have craft as well as instincts.

What are your thoughts on craft?

JI: Part if it comes with time and part of it also comes with being smart about it  looking at your own work, not being afraid to criticize it, or to throw things out of it.  Learning not to fall in love with how wonderful you are.  Learning that different songs do different things.  Like there are songs like At Seventeen where you learn that you really have to be universal as possible to make your point.  There are other songs where you dont have to; people still feel something from them.  If you can hit both; if you can hit the universal as well as the truthful, then thats the best, because then you cover everything.

How has the process of songwriting developed or changed over the years for you?

JI: I guess as you get older, and you hopefully become a better writer, time collapses.  You take a lot less time with everything you do.  Cause you already know so many dead-ends, that you dont have to go down again.  Youre sure that they dont work.  You get more sure of yourself, especially with some success.  And the sureness allows you to experiment more.  Like, with this album I knew that it was very possibly my last shot, so why not go into a house with Pro Tools and three other people, and just live there and record for three months.  You know, I dont know that I would have had the balls to do that fifteen years ago, or to use the technology that really hadnt been used in that way.

And is it something that you plan?  Like business, where you think, I better write some music today.

JI: No.  I do a lot of co-writing, and when youre co-writing you do think, OK, Im working with someone today.  Let me get my act together, see if Ive got some stuff ready, and, Lets try and get something done, even if its just combined.  And that kind of keeps me on my toes.  Down here they talk about keeping your motor oil, keeping it oiled enough so that when you have inspiration; youre ready to write.  And I find thats real important.  When I was young I wrote a lot more, but I threw away a lot, and now theres very little that gets thrown away.  But I write less.

Do you finish everything you start?

JI: Or I stop before I really invest much time in it.  And again thats part of the learning curve I think, in any profession.

What brought about your change of direction in the early 80s, and the initiation of your studies with Stella Adler?  What were your aspirations at the time?

JI: I really wanted to get away from doing music full time and do something else that was in the arts but where I wouldnt have to be good at it.  So I studied acting and ballet, directing, and a bunch of other things.  But it was more with the intention of just rounding myself out some.  And what happens of course is that any time that you start studying anything that you get passionate about, it ends up inspiring you.

Did the realization eventually come to you that your strengths were really in writing or has it always been important for you to do lots of different things?

JI: Well, for some reason I usually end up being spread very thin.  Like this month Ive gotta get a two-part article into Performing Songwriter magazine.  Im working on a story with a science fiction writer named Mike Resnick that Ive gotta get done.  Hes a pretty well know writer.  Im reviewing a couple of scripts for a film project.  Its a Broadway project.  Ive got about eight writing appointments, and Ive gotta pack for Australia, to figure out what to do about my laundry (laughs).  So I stay fairly busy.

How has the recent deal with Windham Hill Records influenced your musical career?

JI: Theyve been great.  You know, its amazing to me because they basically give us a budget and then leave us alone.  And thats pretty extraordinary for a record company, they just dont do that.

So theres no influence on direction?

JI: No, it might be nice to have a little more direction (chuckles).  But right now its, Go and make the best album you can possibly make.  And see you in three months.  Its a really rare piece of luck for somebody, particularly somebody my age, in my business.  They just dont do that anymore.

What is the theme of your latest album God & the FBI?

JI: I dont know that it has a theme.  The main song is about my familys experiences with the FBI, and FBI surveillance

Could you tell us about that?

JI: Yeah, except that wed start to get into a time problem in five minutes, so well do that in three minutes.  It was just that my parents were pretty liberal and I guess they went to the wrong meeting.  My dad went to a meeting of chicken farmers, and he got picked up by the FBI after.  And they interrogated him, and then I guess they went on a watch list.  So for most of my life, until I was sixteen or seventeen, they were always around.

And how does God come into it?

JI: I couldnt think of anything thats more powerful than what they would have felt.

And the other tracks on the album?

JI: From Days like These, which is a ballad to On the Other Side, which is a look at what the world looks like after youre dead, to a funny song called Boots Like Emmy Lous, which is about Emmy Lou Harris, and her boots.  All kinds of stuff.

Tell me about some of the music that you will be showcasing during your upcoming Australian tour.

JI: Well be doing stuff like At Seventeen, because I think that thats only fair.  But we also do a lot of technology in our show.  It looks like girl with guitar when I walk out, but from the first note, its not girl with guitar, its girl with guitar and three jam men in it.  A Digitech vocalist, Mackie board and a couple of samplers.  We do a lot of live sampling on the show, a lot of stuff on the fly.  So its a little bit more interesting I think than most of the singer songwriter shows

God and the FBI out on Windham Hill Records.  For further information visit the Official Home Page of Janis Ian.