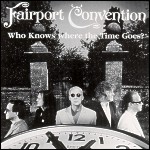 Who Knows where the Time Goes?

At the onset of their Australian tour, Andrián Pertout speaks to Simon Nicol from the UK about the Muswell Hill legend of Fairport Convention.

The Fairport Convention story begins in London in May of 1967, where founding members Judy Dyble, Richard Thomson, Simon Nicols, Ashley Tyger Hutchings, Martin Lamble and Ian Matthews set out on a journey that in time honours the Fairport collective with the distinguished title of Englands first and foremost folk rock band.  It is Sandy Denny that introduces the folk factor in 68, and once this new sound is committed to vinyl, the Muswell Hill legend is born.  Support performances with the likes of Pink Floyd and Jimi Hendrix follow, and the bands unique brand of folk-rock fusion sculptured around original tunes, as well as Bob Dylan, Joni Mitchell and Leonard Cohen acquisitions becomes the stylistic trademark that is today regarded as responsible for shaping the British Celtic rock movement.  Who Knows where the Time Goes? is the latest Fairport album which features vocalist/guitarist Simon Nicol, and includes Dave Pegg on bass, guitar, mandolin, vocals; Ric Sanders on violin; Chris Leslie on bouzouki, mandolin, bouzar, violin, vocals and Dave Mattacks on drums, percussion, keyboards.

Tell me about the early days of Fairport Convention.  What was the general mood of the music scene in the late 60s?

SN: "Well, the world was your oyster, you could do whatever you wanted.  It was a time of great youthful explosion, and we were the right age to be youthful and explosive (laughs).  And anything was possible, there was tremendous optimism in the air, both socially and musically, and a time of the most outrageous people, theyre lost to us now, the Jimi Hendrixes and the Jim Morrisons, who werent actually people that I aspired to, but kind of signified the way that music could change society.  And I dont think Fairport were really a flower power group, but we were starting to make our music at a time when that was one of the things that was possible.  But the fact that we started in the sixties doesnt mean that were a sixties band, because were a working band, weve never had a heyday, we didnt have some sort of peak in our career where we sold x-million albums.  And were not trying to return to that, were just a journeyman group that does actually make very good music and has a good time on stage.

And you were one of the first bands to explore the folk rock tradition.

SN: "Thats another thing altogether, the folk thing came kind of a bit later on, when we got Sandy involved.  When she joined the band, she brought with her a large repertoire of genuinely traditional songs.  We started to incorporate them, and before we knew it we were doing an album which was basically predicated on the idea of combining those traditional songs with the electric guitar and drum kit.  And that was the beginning of something which we really couldnt stop after that.

How do you reflect today on your eminent supports with Pink Floyd and Jimi Hendrix?

SN: "The Floyd are still going arent they, and Im sure Jimi would still be going if he was about.  If he hadnt like shuffled this mortal coil he would still be doing gigs.  But theyve moved on, I mean the Floyd have moved on, weve moved on.  We did have a long history together, its a shame that Jimis was cut short.  And I primarily remember those days as the days of my youth.  I was a young teenager having the time of my life, but being cautious with it of course (laughs).  But generally being the right person in the right place, in the right band, at the right time.  I loved it, but I still feel exactly the same way about the band today, I dont feel like Im going through the motions, or doing anything artificial or false by being a member of Fairport nowadays, because it was my hobby then, it evolved into a job, now its a career.  But its still a hobby, its still what I want to do, its still a place to play around with my mates.

The band was also one of the first to tour behind the Iron Curtain in the early 70s.  What are some of the memories of this experience?

SN: "This is an awfully long time ago  Our tour through Hungary was most enlightening, a tremendous amount of fun and an irreplaceable experience.  You couldnt do it now, because I dont think you could find a parallel experience.  I spose you might be able to smuggle a band into China, or something like that (chuckles), but the chances are fairly slim.  And the crowd was just baffled, they were even more baffled than what we were (laughs).  But they had a good time, and we made some great friends then, we still keep in touch.  And there was a sort of nascence music scene over there, which was terribly ambitious and frighteningly energetic, what they were doing sort of like preceded punk rock by about sixteen years (laughs).  But it was a great tour, and Id love to go back and do it again.

What is the Fairport Convention of the 90s all about?  How has the sound evolved?

SN: "Well, its only changed in as much as the personnel has shifted slightly, but no more than would be the case in a small office of the same size running over thirty years.  But the main thing is that its always remained true to the idea of playing the music that it wants to, and in the natural way that it wants to.  Were not sort of artificial, were not sort of harking back some glory day, were not pretending to be an exact clone of some sort of thirty years distant band.  Were a working unit that goes from day to day and sends its audience away as happy as we possibly can.  I mean, I hate to sound smug of Oxfordshire, but thats the truth, and you know, Im going out tomorrow night to do the same thing.  Were going to play this music tomorrow night in Congleton in Cheshire, and I know that theres thirsty people out there who really want to hear what were playing now, and they dont care really about the history.  The historys there if they want it, they can get the old records out.  And we might do some songs of those old albums, but basically what we do is play the music now live for real.

Tell me about your own personal collection of acoustic and electric guitars.

SN: "(Laughs) God where are they?  Ive always been an acoustic guitarist really at heart, but when I started playing I had to compromise.  I had to play a semi-acoustic or an electric, but the noise I wanted to make was that which you could get out of an acoustic guitar, from day one.  But the technology didnt exist in the 60s for that sort of thing to be possible, and also learning to play the guitar next to Richard Thomsom pushed me away from the electric guitar a little bit, sort of leave that thing to him (laughs).  But in 1990 I walked into a music shop in Houston, Texas, and fell in love with a Santa Cruz, Tony Rice, which is basically modelled on a pre-war Martin Dreadnought.  And thats the guitar I always wanted to play.  I didnt know it at the time, but I had to walk around the store with it.  And about four or five years ago I found a pickup which was non-invasive, and I was able to use it on that guitar.  It was a prototype when I got it, but its come out now as a Fishman whole-mounted pickup.  And thats really the main guitar in my life, and thats the one Ill be bringing out to Oz.  I dont need to bring an electric guitar with me because it doesnt apply to the four-piece version that were bringing to Australia.

How did you chose the material for your latest album Who Knows where the Time Goes??

SN: "I dont write myself, I kind of filter feed through other songwriters, as a singer in the band thats my gig.  But I know that we want story songs, I know that we want songs which paint a very strong visual picture, a strong image, something thats got continuity to it.  And if that means that were talking about the ballad form, then were talking about the traditional form of music as well, but were not sort of banging the drums for traditional music, we just want songs that make sense.  And of course we have tremendous musical ability in the string driven department.  With Chris Leslie on board now weve got a lot of flexibility.  You know, we can bring two violins to bare on one song at the same time, which not many bands can do.  And at the same time Chris can approach a song either as a fiddle player, a singer, a mandolinist or a bouzouki player.

What other projects are the individual band members involved in at the moment?

SN: "Well, the main thing that Dave Pegg and I are doing, and he goes back quite a long way, hes the only member of Fairport thats never left (laughs), is a thing called the Dylan project.  Its a tribute band for Bob Dylan, but its not a sound-alike, look-alike band.  But we just do Dylan songs, and we did an album in June of this year, which is called the Dylan Project and involves an old mate of Peggs and indeed his previous employer before he joined Fairport, a chap called Steve Gibbons from Birmingham, and Steves guitarist PJ Wright.  And the four of us had a wonderful time making a record of Dylan songs, and had a very successful trip around the UK and Europe in October, so we hope to put that onto the festival booking list for next year.  And Ric is writing stuff for various TV projects, and Chris is very busy writing songs for the next Fairport album.

Who Knows where the Time Goes? out on Woodworm Records.  For further information write to Woodworm Records, PO Box 37, Banbury, Oxfordshire OX16 8YN, UK or take a cyber tour on the Official Fairport Convention Home Page.