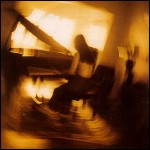 With the release of her new album Wild Swans, Andrián Pertout speaks with Charlie Chan about her ongoing love affair with technology.

Since the advent of the silicon chip, technology and multi instrumentalist/composer Charlie Chan have co-evolved in perfect harmony, and her musical career has been one notably fashioned on its silhouette.  She is no stranger to the pop arena, with a history that includes the Electric Pandas and Do Re Mi, and has also been an active participant of the theatre and screen world for many years as composer.  The latest Charlie Chan offering titled Wild Swans features a songwriting collaboration with Monique Brumby, as well as the inclusion of her unique vocal character.  This album certainly represents a step back towards the mainstream pop market, although it is just one example of the many facets of Charlie Chans musical escapades.

The latest Charlie Chan compositions explore obvious new ground.  How did this change of direction come about?

CC: "The funny thing about the new record is that its actually everything that Ive always done.  The first record was put out really only as a bit of sampler, we tested it out, and it kind of grew wings and flew, which is something that we didnt expect.  Then I did the piano CD, and that was really an experiment for me personally.  And in some circles that record is considered slightly self-indulgent, and it is, but it was never intended to be released as a record.  And the last time we spoke I might have actually told you, that it was really about me sitting down, having a bit of a practice, somebody editing it into a kind of a useful format, and then Sony putting their hand up and saying, Yeah, wed love to put it out, we think its really good.  So yeah, it was purely accidental, and Im probably one of those people who often speaks of my career as if it were an accident, because things have just collided and crashed into each other in no uncertain terms.  Yeah, its very, very interesting (laughs).

Your latest album Wild Swans also includes a considerable input from your home studio.  What is some of the equipment in your set-up?

CC: "I use the Ensoniq MR-61, which is sort of the focal point, the Pro Tools 4.2 system, and my good old workhorse, the SQ-80, which Ive had for like a hundred years, and its just got the wackiest, weirdest and most interesting sounds.  And thats really it, you dont need much anymore.  But Im a bit more software-driven, I use a lot of Waves-Shell 2.3, and a lot of stuff in Pro Tools.  I tend to use Pro Tools a bit like a multi-track recorder, and just keep layering things on and fiddling around with things.  And I have two really talented engineers that I work with, and one of them is Louise Taylor, who is a friend of mine.  I did a little bit of work with her on the piano recordings, and Spencer Lee is a guy who people know as a veteran of a lot of film and television stuff.  Hes recorded so much music, and thats been really powerful for me.  Its been really great to work with him and learn how to make things happen in a different way.  And I think that we have to really change our perception of what recordings about, because the technology is getting so much better.  I mean, you listen to Storm in a Teacup, which was totally a hard-disk recording, and it was old microphones, old everything, except it wasnt old people.  It was a newer sort of sound, and pure as anything.  The only thing we did is put a little bit of reverb and processed it with Peak software, a Mac-based audio program.

Kings and Queens and Storm in a Teacup feature a songwriting collaboration with Monique Brumby, as well as her voice.  How did you end up working together?

CC: "Monique and Ive been friends for quite a long time, but we didnt work together initially for quite some time.  I met her through Sony, and what happened was that over a period of time we just started to have coffees and hang out together.  And I liked her personally, like its a personal thing for me, so its not about, Isnt the voice amazing!  And her voice is great, and shes a really great talent, but it was really more about our relationship.  And I like to have deeper relationships with people than just play together.  I think musicians get sucked into the trap of, Well, our excuse to be together is to play music, and our excuse to be together really should be about communicating and getting different ideas, and not just about playing music.  I think that if you talk at a deeper level, the music gets better.

Tell me about the Charlie Chan Music web site.  What is the essence of its design?

CC: "The whole point of that site really is to give people things, and I think that the web is ultimately going to be our next mechanism for music.  Its a great place for music because its undateable, and I try to update my site every few days.  Its a lot of work for me personally, because Ive been designing, developing and deploying that site for the last three years.  But I just want people to experience me at a deeper level, because I think that the people that are into my music are into a sort of a lifestyle thing, and they like to meditate, eat good food, or they are drawn to that kind of thing just because they want to find out more.  So my long-term vision is to have meditation instructions, which Im working on right now, and also to have other things like Yoga exercises and a Yoga school that is essentially an online thing, where you can click on something and the little image comes up that tells you how to do that particular exercise.  Thats what Im interest in, because in a very crazy stressed-out world, and I have to say, Im a very crazy stressed-out person, you really need to connect with yourself.  And music has the power to that, but if you also have a creative voice as I do, you want to give people more than just the basic tools that you have.

How would you describe the impact of technology on your musical career?

CC: "Ive grown up with it, so its a very, very natural thing for me.  And when I was younger and was just starting out in music, luckily there were a lot of people around me who gave me the encouragement and the support to feel comfortable with things that were totally weird.  Like when new technology came out, were talking buttons, wires and plugs!  Were talking old Korgs and Minimoogs, and music stores on Bourke Street with some keyboard section tucked away in the corner.  And with some weird guy who would say, Ah, this is really groovy, and then play an SH-1 sound, and youd go, Yeah, thats really amazing!  And now we laugh, although I have to admit we have retrofitted a lot of stuff, we have gone backwards, but thats really the advent of techno.  And whats really funny about techno music and a lot of other technology-driven stuff is that its as old as the hills really, theres nothing new about it.  Weve lived with it for a very long time, its just that its now within a palatable sort of infrastructure, and we can hear it on radio.  Were in a situation now where we can produce music in a more cost effective way, so that we can get it out more quickly and keep things moving really fast.

And how do you feel that the Internet has effected your level of exposure?

CC: "It sells me in a way that I have control over, which for a performer is ultimately pretty important, because I would never like to be perceived in a negative sense.  I want people to see me as I see myself, and I think that if you build websites for people, and you get traffic, then people can just see you as you are.  And the whole thing about the north, south, east and west thing is the whole concept of direction, and the web is really about where can I go and try new things.  Its about links and going places, delving deeper and asking questions.  And for me its ultimately about presenting myself as I would like to be perceived as a creative person, and as an individual.

I heard a rumour that you were selling more records on your site than the record company.

CC: "It is true, but a lot of that is to do with the fact that it takes a little bit of media for people to see it.  Its a two-way street, you have to work with the media in getting the audience to know that there is new stuff out.  And it takes a long time for that to get out all around Australia, through all the magazines and radio stations.  Its a mammoth task in this country to do performances and all that sort of stuff, it take so long.

What else are you currently up to?

CC: "Im about to start a feature film, and they will start shooting at the beginning of October, so I will probably start writing for that in November or December, kind of over Christmas time.  So yeah, its a pretty busy old time.  And apart from managing the site, Im trying to develop other peoples projects as well, so Im building a website that I hope will ultimately be a little bit of a hub for some indie musicians.  I want to offer people free email, and a place where they can put a bio, and dynamically update their site from anywhere, so that they dont have to have a big computer and lots of money to build a little site with like sound, pictures and tour dates.  Im just trying to get the music community and all the independents to communicate a bit, and if there is a bit of a focal point, in terms of the web, then people connect to each other.  Our industry will flourish more, and especially in this time, we have to try to help each other more, because I think that ultimately thats going to actually help us all.