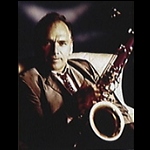 Andrián Pertout speaks with Joe Camilleri about his humble beginnings, his writing partnership with Nick Smith and his new EP release under his own label 'Head Records'.

After listening to Joe Camilleri's new EP 'All Saints Hotel', I was particularly taken back by the second track 'Hellcat Blues' which happens to feature New York session player 'Vinnie Cutro' on muted trumpet.  His tastful improvisations create an atmosphere of style and flare giving this earthy blues tune another dimension.  The mood develops further with the introduction of a mystery player.  I'm sure that this EP will be a memorable one, and the fact that it was engineered and mixed by Mark Forrester who sadly died in a car accident a few weeks ago, it will surely stand as a testament of Mark's excellence and respect within the Australian music industry.

JC: "Ahh, rhythm and blues I think, jazz, rock n' roll.  The funny thing is that I am sort of like ancient, so I had that thing where my mother was listening to the radio and buying records.  I grew up with (hesitates) Dean Martin (laughs) and people that were popular then, as well as the new breed of people like Elvis Presley, so the radio was the biggest influence.  That's why I say jazz, blues, rock, ballad type things, because that's exactly what was coming on the radio.  And then of course I was young and got into that whole thing where I said, 'Ok bumf, I'm going to do, I like this sort of music', which happened to be rock n' roll, and started listening to the radio for that music.  And before I could even start thinking about playing, another breed of music came on.  All of a sudden it introduced me to the fathers of the blues, I was listening to Muddy Waters.  And that's how those things happen, and then you finally start discovering things yourself.  You know, someone puts you on to someone, 'Have a listen to this record', and that's how I got into bee bop.  So I've gone through a lot of different music styles and really got into the music.  I'd normally pick up an instrument wanting to play like that style of  music."

JC: "My first break was when I started playing saxophone really.  I got a job backing a stripper, with a few other guys.  That was the best experience I could have 'cause I played every night.  I had to learn the songs off by heart, which was really hard.  I didn't know how to do that 'cause I couldn't read.  So I just had to do it, and they didn't know that I couldn't read.  I just took the job and took the chance.  And that to me was the first idea of what it was like to be on the road.  I lived in Melbourne and I was somewhere in Exmouth, in Western Australia, and then I was on my way to Darwin.  Travelling, a sort of minstrel travelling show.  Backing a stripper, the show would be stopped every second day by the police, because it was before, you weren't allowed to be doing things, you know, taking all your clothes off.  And it was also in the wild west, and it was kind of pretty interesting stuff.  That gave me a taste of what was to come."

You are known as a prolific songwriter.  When did you actually start writing songs?

How do you structure your songs?  Do you normally build on an idea that begins with a melody or a lyric?  Do you have a formula?

JC: "No, I write songs with other people.  In the Falcons I would do a lot of the work.  I would get a melody idea or I would get a little hook line or something.  There's nothing sacred, so it doesn't really matter how you do it, just the end result, you know.  Those days you didn't have drum machines so you needed always the band to be playing with you.  I found the easiest thing to do is I would throw whatever ideas I had and let them play it, and then sing over the top, and then work out what I was singing that sounded good.  I started like that and I've become a little more sophisticated now.  But most of the time if you are a feel player you really wanna make the music work from a feel point of view.  It has to sing, so I'm always looking for a good feeling.  But I don't think I'm what you said.  I think people like Paul Kelly are more, you know, that sort of write songs every day or something, I don't write a song every day, ahh prolific."

Who are some of the artists that have recorded your songs?

JC: "Umm, not too many people have recorded my songs, but Elvis Costello recorded one of my early songs, Frankie Miller recorded one, John Denver recorded a few.  There's a few other people but I just can't pick it.  They're just three people that I can name off the top of my head."

Tell me about your new record and your collaboration with Nick Smith?

JC: "Well, me and Nick have been together, writing songs for ten years now.  He's a big asset to me.  I think he's a very important part of the picture, and in some ways we need each other, so it kind of works out really good.  And it's really good working with him because he has something that a lot of other people that I've worked with, don't have.  With 'All Saints Hotel' it was just that I wanted to write a Christmas song, I gave him an idea, and I started singing some stuff on tape, you know, like I normally do.  A lot of our stuff is correspondence in a weird sort of way.  It'd be like what we're doing now, you know, I'm talking to you on the tape, then you take it home and you do something with it.  You bring it back to me and then I fix it up, and I give it back to you.  And that's how me and Nick work, and I love that.  I guess most writers work that way.  That song really just happened to be the next song we wrote, and I was really happy that it had a place to go.  There's nothing worse than having a whole bunch of songs and they're just sitting around, just kind of collecting dust.  Once they get released they've got a heartbeat.  That's great, don't you think?  There's a reason to go, 'Ah well , I'll go and write another one now'."

Did you use a regular lineup on this EP?

JC: "Ahh, regular in what form?  It was only a four-piece band, so I had Garry Young playing drums, Wayne Duncan playing bass, James Black playing guitar and piano, though we never used the piano, and me (laughs) playing guitar and singing.  And of course Nick, I keep forgetting that Nick does sing as well, and we did the backing vocals together."

What sort of talent will your record company 'Head Records' be signing?

JC: "It's a very hard thing to deal with at the moment, 'cause the label's so new.  The whole thing is that I don't wanna be like everybody else, to have that pressure of saying, 'This is it!  Go out and kill, murder!  I don't care how you get it there, I want it there!'  You say, well I have an idea how to work with the artists, and I want it to be a music label.  And I know that sounds stupid 'cause every record label wants it to be a music label, but I don't want it to be a fly by night label that just says, 'This is a hit single, put this out, you're gonna make money'.  I wanna make money too, it might be a dream, but I really want it to be pure.  And I want the music that goes on it, whether it's successful or not to do what we're supposed to do for any record.  And that's to treat it with TLC, give it time, give the artist time.  With me and the label, it's more of a genuine thing.  I like to be involved in music and I like making music myself.  I built this studio downstairs for musicians really, it's a musician's studio.  And I find that to be very exciting and that's what I'm thinking will happen with 'Head Records'.  There'll be exiting times, because there's a bunch of people that are really interested in trying to nourish Australian music.  I think out there, the Australian music is really vibrant."