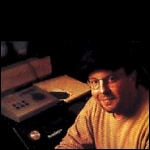 Andrián Pertout speaks with Mark Snow from Los Angeles about life as a screen composer, and the soundtrack to the Fight the Future X-Files movie.

Composer and seven-time Emmy nominee Mark Snows musical genesis was officially initiated in Brooklyn in his early teens, and with the dual blessing of pianist mother and drummer father, the career of one of film musics great inspirational forces of the 90s was set in motion.  He began as a piano student, and in his early development also embraced the art drumming, although in the years that followed the oboe became his principal artistic voice, and Mark went on to explore its expressive boundaries through performances in Baroque and Renaissance music concerts.  It was at New Yorks Juilliard School of Music where he developed his compositional skills under the collective guidance of jazz arranger Hall Overton, oboist Melvin Kaplan, 12-tone composer George Tremblay and composer Earl Hagan, and this was also the setting for his meeting and establishment of his future association with Academy award-winning film composer Michael Kamen.  In the late sixties the New York Rock n Roll Ensemble was formed, and together they toured and recorded for the next five years, signing a contract with Atlantic Records.  After a short period of producing, in 1974 Mark relocated to Los Angeles where he began writing for film and television.  Today he has over seventy TV movie and mini-series credits to his name, which include The Oldest Living Confederate Widow Tells All, An American Story and Something About Amelia.  His most prominent work to date has been The X-Files and Millennium series directed by Chris Carter, and his latest offering is the soundtrack for The X-Files movie.  This work presents the sonically awesome marriage of state-of-the-art sampling technology with an eighty-five-piece orchestra, and is bound to further elevate Mark Snows musical reverence and worldwide cult status.

How did you initially enter the world of music?

MS: Well, my parents were musicians.  My father was a drummer, my mother was a piano player, and they wanted me to be involved in it and so I started taking piano lessons at thirteen years of age.  Then I switched to the oboe of all things, and played that in high school.  And then I went to the Juilliard School of Music where I was an oboe player, and played in many orchestras and chamber music groups in New York City, and decided that what I really wanted to do was to be the guy who wrote the music rather than the one who played it.  So I started seriously getting into composing, and then my wife had some family in California in the business who had came out here, and six months after we landed I got my first job composing, and slowly but surely it started going.  And thats the short form story of it all.

What memories do you have today of your years at the Juilliard School of Music, and how do you perceive its influence on your compositional approach?

MS: Thats a good question because I dont think a place, a school or an institution can change a person.  They can have equipment and some inspiring teachers, but I really believe that when somebody is really, really hell-bent about doing it, or is really interested in it, theres nobody that can sort of keep you down, and you find ways to do the things that you really want to do.  And I think I could take advantage of all wonderful things at the school, with the different teachers and having extra classes, getting friendly with some of the teachers and going to their homes, and soaking up all their experiences.  So I really was a sponge wanting to absorb all this stuff.  And maybe for someone else it was a bad experience, but for me it was good, although I think it would have been good no matter what the school I was at.

Do you have a personal list of composers that you regard as a major source of inspiration in the direction of your career?

MS: As an oboe player, most of the music I played was from the early Classical, Baroque and Renaissance time, and some of those composers were very influential to me.  Some of that early music has a very, almost rural, folk, Celtic quality to it which I really love, and after that there are composers like, oh God, the obvious are Handel and Bach, Vivaldi, you know, earlier composers.  I also think the great modern composers like Bartók, Prokofiev, Stravinsky, Ravel, Debussy, Schoenberg and Webern have been very influential to me, and Im sure to a lot of my colleagues as well.  And in terms of film composers, I suppose Bernard Hermann and Jerry Goldsmith, and of recent, someone like Thomas Newman, Elliot Goldenthal, these are people that I really admire.

What is involved in the job of composer for The X-Files series on a weekly basis?

MS: Well, I get a script to read, which just basically gives me an idea of the story but doesnt really help me start thinking about what the music should be.  After that I get a video tape of the cut, final locked version of the episode, and thats when I start thinking hard about it, when I start improvising in my studio with some of the scenes, and these improvisations start to become more solid and become more formed and well though out.  And layers of stuff are added until the final piece in done, and then you go to the next scene, and the next scene, and so forth and so on.  And theres usually about thirty minutes of music in each of these shows, and they usually give me about anywhere from three to six days to do it, depending on how tight the schedule is.

How do you generally go about turning dramatic elements into musical expression?

MS: I think you see what goes on, on the screen, and you have an emotional reaction to it.  And music is so abstract and so subtle that you could for example get twenty really fine composers in a room, show them the same exact piece of film, and they would have twenty different responses to that, but they would all be excellent.  I mean, you might like one more than the other, but they would all be really, really good.  Thats always been a wonderful experiment Id love to do.  You know, get the top composers in a room with an orchestra and give them a week to write a five minute piece, and see the different approaches.

Although your sounds are technologically enhanced, they have obvious natural origins.  What synthetic processes do you utilize to create your textures?

MS: My background really is acoustic, its really about writing things down on paper, having the scores copied, and musicians performing them with me conducting the orchestra.  So it was only in the last eight years that Ive gotten into my home studio with my electronic set-up, but because of the way technology is today.  Its so facile, and these things sound so real, because they are real, theyre samples of real instruments.  And when I mix those in with some electronic sounds, thats where I come up with the hopefully cool soundscape of the X-Files.  I could have a live violin section, live strings, live woodwinds and live brass, all kinds of electronic keyboards, plus theres tones of libraries of sounds made with the most unlikely things, and in combination.  Like thunder mixed in with a lions roar, thats pitched down three octaves and mixed in with a basketball dropping on the gymnasium floor.  And thats just a simple, small example of how creative one can be.

In a previous interview you mention how the famous X-Files sound is actually your wife whistling.  Is that true?

MS: Oh yes (laughs).  Now I can set the record straight.  Its not my wife whistling after all, but it is an electronic sample of somebody whistling, Im not exactly sure who.  But when I first did it someone said to me, Gee, that cant be from electronics, its gotta be somebody.  And I thought, Oh, blah blah blah, yeah, yeah my wife!  Who happens to be a really great whistler, so I guess that went through the wires.  But I think Im man enough now to admit that that was a stretch (laughs).

What is in your home studio?

MS: My main instrument is a thing called the Synclavier, which is a digital recording device.  It is basically a piece of architecture that holds many, many millions of sounds and different libraries, which are incredibly easy to call up on the keyboard, and then instantly record into the machine, to play back quickly.  I think its one of the reasons that I can do the shows quickly, because its so facile and elegant. And I have some other samplers that are connected into it as well, so via the MIDI connections I can get all these combinations working pretty quickly.  And maybe a third of it is MIDI, the rest of it is digital samples from the Synclavier machine.  Then when I finish recording I get my engineer in, and he mixes it down to a small format, you know, DAT tape or digital tape, and that goes out the door.

Tell me about the soundtrack that you produced for the Fight the Future X-Files movie.

MS: The X-Files Score album, yes that is interesting because it has an eighty-five piece orchestra.  And you know, live instruments are never in the TV series, so at the moment are only in the film score.  The other thing that is interesting and different is that the X-Files theme with the whistling is never used in the TV show as background music, and in the film score its used quite a bit, where the orchestra plays it with different harmonies, and you know, fast and slow, and sad, dangerous, different variations of it.  So that turned out to be the theme of the movie score, but never used in the TV show.

How has your approach to the music for Chris Carters Millennium series differed to that of his The X-Files series?

MS: With Millennium, because of the nature of the show, and since so much of the material of the show is based on sort of medieval and mystical, old, gothic, religious overtones, they wanted something that had a slightly religious, mournful, timeless, somewhat antique sound to it.  And I thought using the solo violin playing this somewhat, I dont know, Celtic, folky type, mournful melody might be a really interesting way to go, and they all loved the idea.  And a lot of that music is pretty simple, and stays as much as I can to that sort of old, antique, pseudo religious sound.

What other projects do you have coming up in the future?

MS: I just finished another movie for MGM called Disturbing Behaviour, and it was directed by David Nutter who had directed some X-Files episodes in the past.  And its a story of teenagers who are in highschool, and theres a sinister plot that evolves while theyre there, and thats all Ill say at the moment (laughs).  Ill also be going back to the X-Files season number six and Millennium season number three, starting this September, and theres talk of some other potential movie things.  So right now Ill be going on holiday to Bora Bora actually, getting a little close to you guys, and then Ill be off for a while actually until September.